Law Day 2021 is on September 9 at Highmark Stadium! Click to buy your tickets →

THE RESULTS ARE IN

Thank you for voting!

Here are your newest additions to the 2021-2022 BAEC Board of Directors and Nominating Committee! 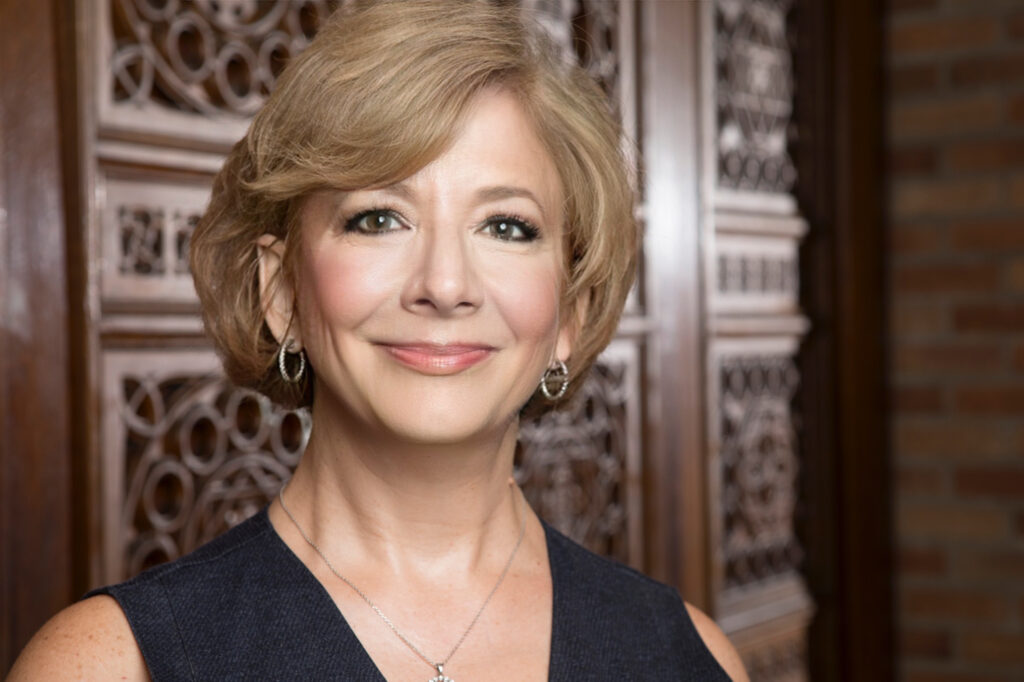 Jill Bond, is Senior Vice President, Chief Ethics and Compliance Officer at Rich Products Corporation, where she has worked for more than 30 years.   After beginning her career at Hurwitz and Fine, she joined Rich’s as Corporate Counsel and has had numerous roles in the Legal Department, including General Counsel, and in Human Resources leadership before focusing her efforts on establishing a Global Compliance Function. In addition to her compliance related work, Jill continues to practice in the areas of Labor and Employment and Food Law.  Jill also has a leadership role on Rich’s Crisis Management Team and led  Rich’s women’s affinity group for more than ten  years.

Jill graduated from  Canisius College and the State University of New York at Buffalo School of Law.  She has remained active in  both schools having served as a member of the Board of Regents at Canisius and the Dean’s Advisory Council at UB Law School.  She has been honored as a Distinguished Alumna by both Canisius  and the UB Law Alumni Association.

Jill and her husband, Keith Bond, also a lawyer,  will celebrate their 35th wedding anniversary this year.   They have three grown children.  They are active in the Newman Center at UB,  and enjoy traveling and continuing to explore all the wonderful things their beloved  Buffalo has to offer. 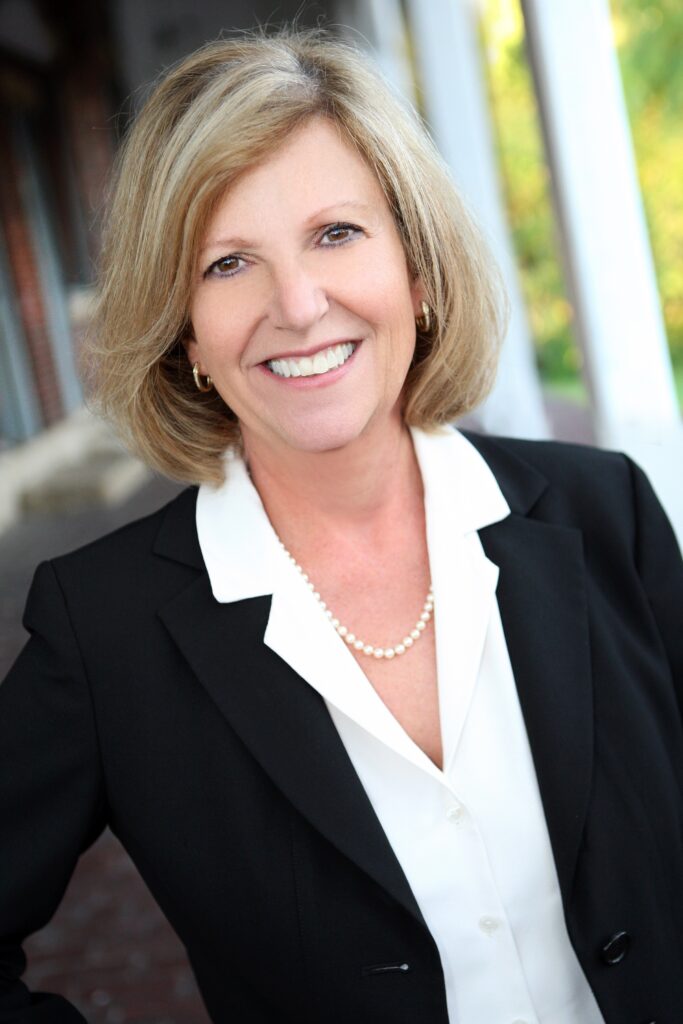 Gayle Towne Murphy is the lead attorney/project manager for the Crime Victims Justice Project at Child & Family Services Center for Resolution & Justice. Since January 2019, Gayle has lead this groundbreaking collaborative effort that provides enhanced, holistic legal services and ADR for crime victims in Erie, Niagara and Genesee County with partners from the Center for Elder Law & Justice and Neighborhood Legal Services.

Prior to this role, where Gayle and her team work to expand the definition of Access to Justice to better meet the civil legal needs of crime victims, Gayle was the Pro Bono Manager at the Erie County Bar Association Volunteer Lawyers Project. At VLP Gayle oversaw all pro bono activities, promoting pro bono legal services and connecting volunteers to appropriate and meaningful activities.  Gayle’s efforts at VLP focused on increasing the visibility of pro bono legal services for low income people in danger of losing the essentials of life.  At VLP, Gayle administered the award winning limited scope legal assistance programs in Erie County Family Court and WDNY Federal Court, along with supervising Say Yes Buffalo Legal Clinics housed in the Buffalo Public schools.

Gayle also held a number of meaningful legal positions throughout her career, including a solo practice dedicated to ensuring the rights of children and individuals with disabilities, where she was also a frequent presenter and consultant on issues related to the education of students with disabilities, disability law, and guardianship.  Gayle was also an instructor at UB Law School in the Legal Services for the Elderly Clinic, supervising law student attorneys placed at the Center for Elder Law and Justice (formerly Legal Services for the Elderly).  Gayle’s successful legal career began as a litigation associate at Damon and Morey.

Gayle is most proud of the professional recognition she received from her peers.  Gayle was honored with the Justice Award from the Bar Association of Erie County in 2018 for her substantial contributions to the improvement of our system of justice.  She was also honored by the Women Lawyers of WNY in 2016 as their Lawyer of the Year, for her commitment to mentoring women in the practice of law, fostering diversity in the legal profession, and increasing the numbers of attorneys who provide pro bono legal services.  Additionally, in 2020, Gayle was selected for Upstate NY Superlawyers for legal aid/pro bono.

As a member of the BAEC, Gayle serves as the Chair of the BAEC Awards Committee.  She is also a member of the WNY Chapter of the Women’s Bar Association of the State of New York, and Women Lawyers of Western New York.   She is excited to be volunteering for the second year with Habitat for Humanity Women Build.  Gayle was a UB Law School 1L mentor, and a mentor for the UB Law School Discover Law Program.  She previously served on the Board of Directors for the Presbyterian Senior Care of WNY; she was a member of the Town of Hamburg Domestic Violence Advisory Board; and she served as a director and member of the development committee for the Center for Elder Law and Justice. 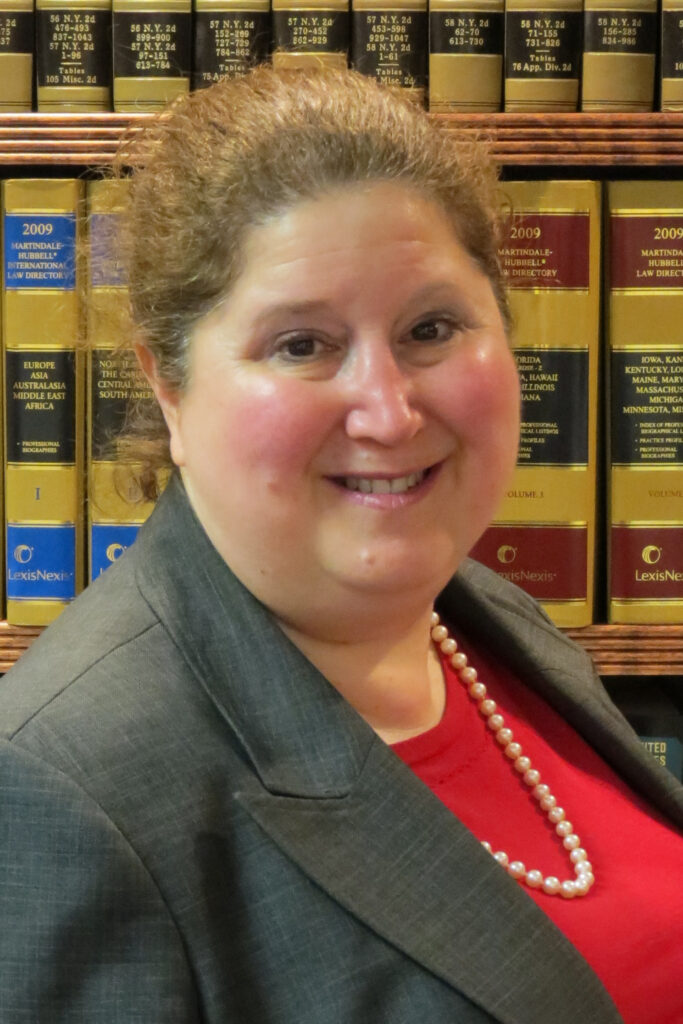 Sharon Nosenchuck is a staff attorney at Neighborhood Legal Services (NLS), providing civil legal assistance to low income clients.  A graduate of Mount Holyoke College, Sharon received her J.D. from the University at Buffalo School of Law.  Sharon has an M.B.A. from the U.B. School of Management.  Prior to her employment at NLS, Sharon was in private practice as an associate with the law firm of Birzon and Davis.

A long-time member of the Bar Association of Erie County, Sharon is chair of the BAEC’s Human Rights Committee.  During Sharon’s tenure as chair, the Human Rights Committee has put on CLE’s on a wide variety of topics including “The Intersection of Human Rights and the Environment,” “Medical Ethics and the Holocaust,” and “Race, Law & Justice Reimagined: A Panel Conversation about Law, Equity & Justice.”  Additionally, Sharon is a member of the Bar Association’s Continuing Legal Education, Diversity and Inclusion, and ADR Committees and is a fee dispute arbitrator for the BAEC.

Sharon volunteers with the Center for Resolution and Justice as a mediator and conflict coach.  She previously served on the Advisory Board for Locust Street Art and on the Board of Preventionfocus.  Sharon is a member of the Junior League of Buffalo and volunteers with the PTSA at her daughter’s high school.

Outside of her professional life, Sharon enjoys spending time with family and friends and stretching her Spanish language conversation skills over Zoom.  Sharon lives in Amherst with her teen-aged daughter. 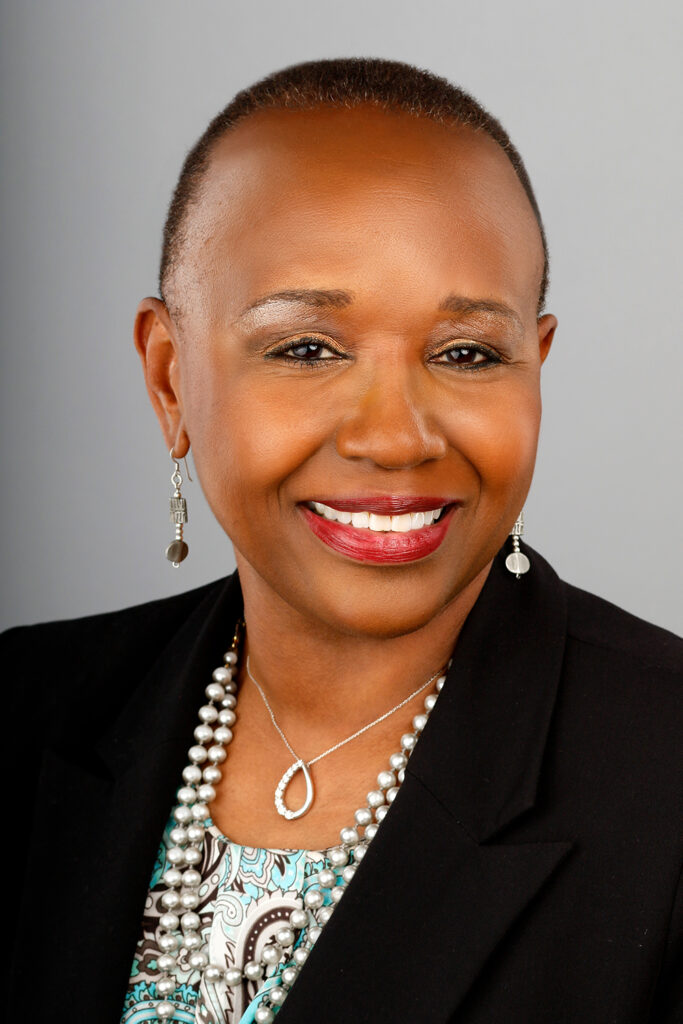 Stephanie A. Saunders is a Buffalo native employed as the Principal Law Clerk to the Honorable E. Jeannette Ogden in Erie County Supreme Court.  She proudly credits her parents, the late Richard A. Williams and Mary Williams, and education for providing a paradigm of success personally and professionally.

After graduating from Syracuse University with a bachelor’s degree in political science, Stephanie worked for several years in the Washington, D.C. metropolitan area where she had a thriving career in government contracting and sales.

Upon her return to Buffalo, she started at Hiscock & Barclay, LLP (now Barclay Damon, LLP) as a word processor, promoted to legal secretary/paralegal where her talents caught the attention of mentor Hon. Salvatore R. Martoche. Judge Martoche challenged Stephanie to become a lawyer and after some prodding, she accepted the game-changing task.

After graduating from the University at Buffalo Law School with her juris doctorate, Stephanie worked for Hodgson Russ, LLP and returned to Hiscock & Barclay LLP as an attorney. Using her skills to step outside of the practice of law, Stephanie accepted a post as the director of medical affairs for Kaleida Health for several years.  In 2014 Stephanie joined the Buffalo Board of Education as an Assistant Legal Counsel.  In 2017, Justice Ogden presented Stephanie with the opportunity of joining her staff as a Principal Law Clerk.

Stephanie is well-known for sharing treasured adages from her late paternal grandmother, Ora Lee Murray, that help guide her and others through this remarkable life. A lover of good times and good people, you will find her spending quality time after hours with friends and family who keep her grounded and focused on what matters.

Stephanie is married to Kerry L. Saunders, they have three children: Lacey, Eddie and Gylan and two grandchildren, Eddie Jr. and Ryian. 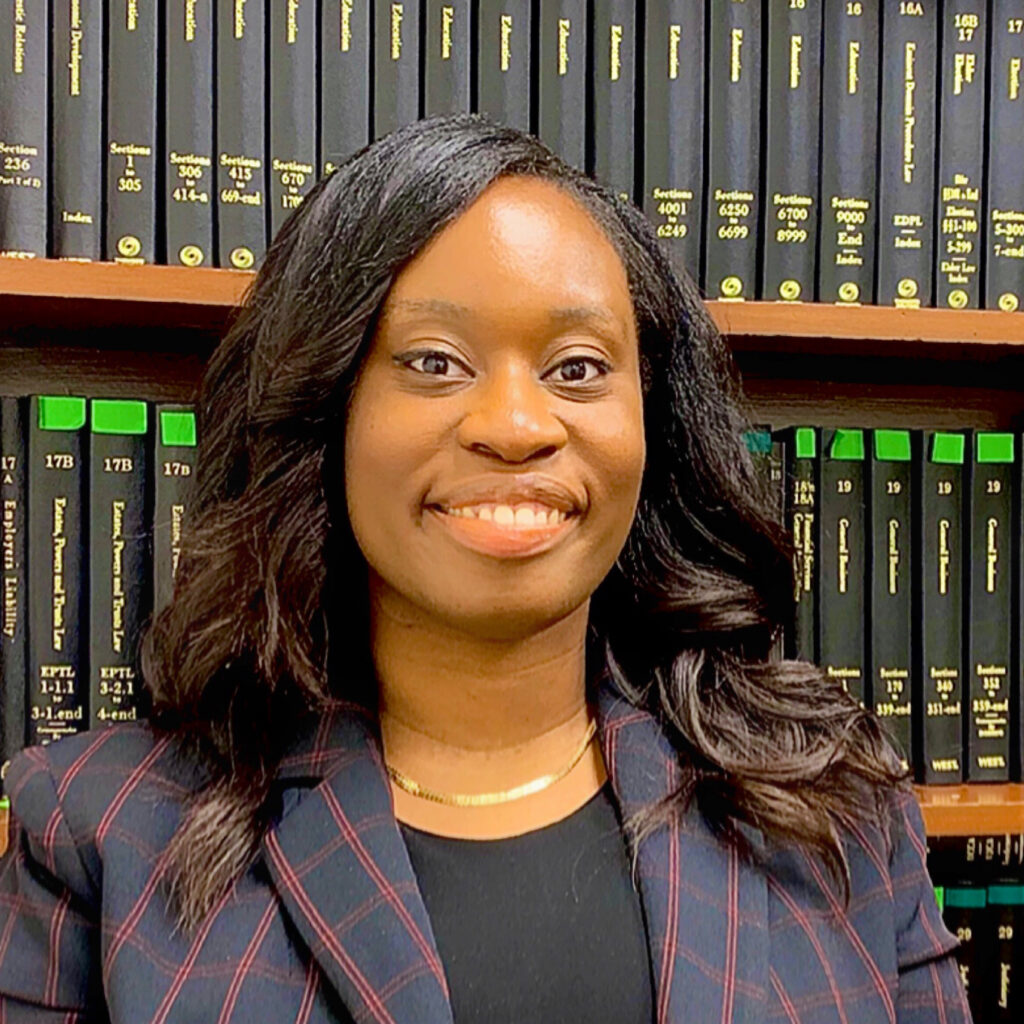 In 2019, Ms. Lee was appointed to the Deputy Chief Administrative Judge’s Diversity Task Force for Courts outside of New York City. As a member of the Diversity Task Force, she helps implement plans to increase diversity and equitable opportunities for marginalized groups throughout the court system.

Ms. Lee is very active in her community and loves helping others. She holds two non-profit organizations close to her heart: Buffalo Prep and the Foundry. Ms. Lee is also active in the First Calvary Missionary Baptist Church ARISE ministry group where she helps organize activities and workshops for young adults in the community.

Recently, Ms. Lee was honored with the distinction of being named Business First’s Legal Elite in Western New York, Marquis’ Who’s Who in America 2020, and a 2020 Black Achiever. She attributes her accomplishments to her loving parents and brothers who have provided constant support to her over the years. Her family means everything to her. 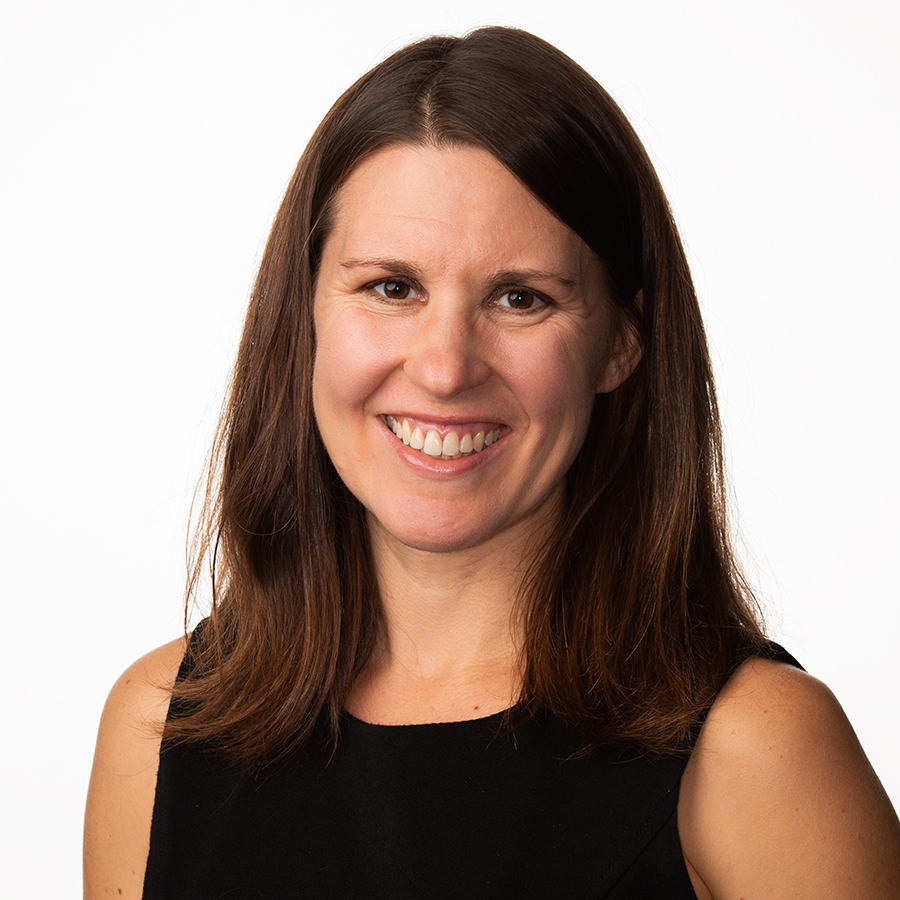 Anne is a partner with Rupp Baase Pfalzgraf Cunningham, LLC, where she specializes in complex business litigation and environmental regulatory and litigation matters.  Anne handles the firm’s most complex business disputes, ranging from contractual disputes to securities law violations to federal civil enforcement actions.  In addition, Anne advises clients who are under investigation for violations of state and federal laws.  Anne is a graduate of the Georgetown University Law Center and practiced white collar criminal defense and telecommunications regulatory law in Washington, D.C.  prior to returning home to Buffalo.

Anne is the chair of the Bar Association’s Regulatory Committee and an active participant in both the Adapting to Practice in a Pandemic and Diversity and Inclusion Committees.  As a mother of two young children, Anne is dedicated to ensuring that working women have the opportunity to succeed in the legal profession.  Anne was instrumental in creating the Bar Association’s Pledge to raise awareness of the adverse effects the COVID-19 pandemic has had on the careers of working mothers and people of color. Anne is a member of the Western New York Women’s Foundation Advocacy Committee and co-chair of her firm’s diversity and inclusion committee.  In addition, Anne is a member of the legal advisory committee of the Buffalo Niagara Waterkeeper and is an active member of the parents’ associations for her children’s schools.

Anne lives in North Buffalo with her husband and two young children.  In her spare time, Anne enjoys reading novels and biographies, running long-distances while exploring Buffalo’s parks, hiking and kayaking in the Adirondacks, and trying out new recipes with her kids.